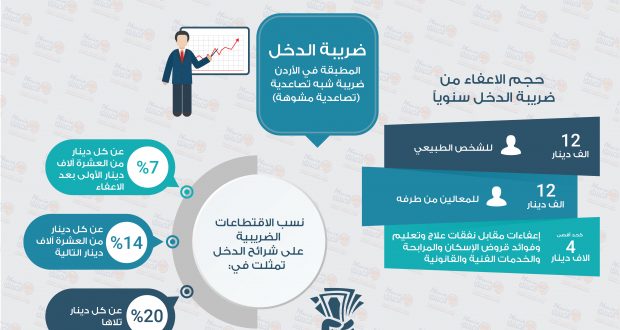 The Phenix Centre for Economics and Informatics Studies on Saturday issued a policy paper criticising the tax system in Jordan, labelling it as “unfair” and calling for the amendment of the Council of Ministers’ powers in the determination of the tax rates and the goods subjected to it.
“Plans and policies have been presented for the tax reform within the framework of the economy restructuring programmes that Jordan has been implementing since 1989,” the paper pointed out, noting that “still, the features of the tax system remained the same without any major reforms towards the achievement of fiscal and social justice”.
“Despite the Jordanian government’s announcement of its intention to reform the tax system, the overall reform measures did not contribute to removing the basic distortions that it shows,” the paper continued, highlighting the “weakness” of the GDP and its decline in the past year.
“The revision of the tax system should be a priority for the Jordanian government,” economist Zayyan Zawaneh told The Jordan Times, adding that “there is a series of fundamentals about taxation that shall be followed in order to achieve fairness and justice”.
The weakness in the application of the progressive taxation system in direct income taxes was one of the main issues to be addressed according to the policy paper, which stressed that that “this is one of the most important standards of fair tax systems”, adding that “the Jordanian Constitution affirms the need to apply this system in order to reduce social inequality and to achieve economic development”.
“The income segments subject to the progressive tax are not narrow enough to reflect the disparity in the incomes of the various components of society, causing a lack of differentiation between those with very high and medium incomes,” the report continued.
The organisation also pointed out a “significant” decrease in income tax revenues, noting its decrease below the 4 per cent in the past 10 years.
The decline was attributed to several reasons, including a weak enforcement of the law, the aforementioned absence of an effective progressive taxation system, and the “inefficiency” of the tax collection staff and administration.
The expansion of indirect taxes and the absence of a differentiation amongst them was one of the issues highlighted in the paper, which stressed the 16 per cent sales tax applied to most goods, criticising that “the government decided to impose a general sales tax on goods that were exempted before, violating the principle of tax justice”.
When asked about this matter, Zawaneh noted that “the progressive taxation system is very weak in the Kingdom, while the percentages paid in general consumption are very high, putting the unprivileged communities in a difficult situation”.
“This is why the system must be reviewed,” the economist pointed out, adding that “it needs to be in line with the Constitution, allowing the government to generate more revenue and easing the lives of the taxpayers”.
In this regard, the organisation showed concerns over the powers granted to the Council of Ministers in this matter in accordance with the provisions of Article 6 of the General Sales Tax Law, concluding “this allowed the government to expand the base of taxable goods and services, whether they were general sales taxes or special taxes”.
“It is common knowledge that fair taxes rely heavily on income tax, as they are paid by those who are able to do so, while indirect taxes are considered unfair as they are deducted at the same rate of consumption without taking into account the differences in the incomes of their payers,” the report said, adding that “this causes a deeper social inequality, reduces the aggregated demand for goods and services, and puts downward pressure on economic growth rates”.
In addition, the policy paper stressed the extent of tax evasion noting how it reached levels close to the JD700 million per year in Jordan, including income tax and general sales tax.
“The main reasons for tax evasion are due to legal, political, economic and social reasons,” the paper said, adding that “the weakness of law enforcement plays a key role in the creation of centres of influence that government institutions can’t approach, as well as the poor efficiency of the government agencies concerned with tax collection”.
“The collection procedures are weak and it makes it easy for people to avoid taxes,” Zawaneh said, pointing out that “this is what causes a dependence on indirect taxes, stressing the national economy and the pockets of the citizens”.
For his part, economist Wajdi Makhamreh noted that “the lack of a proper legal punishment increases the issue of tax evasion and makes the income of the citizens unclear”, adding that “many economy sectors avoid disclosing their patrimony”.
“Increasing the indirect taxes in sales will not work in the long term,” Makhamreh added, noting that “the government should focus on imposing a real progressive system and a legal framework to prevent tax evasion”. 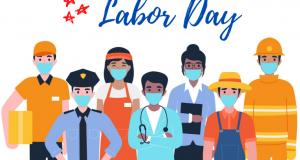