Home » News and Events » Phenix: Jordan has ample opportunities to increase employment through the green economy 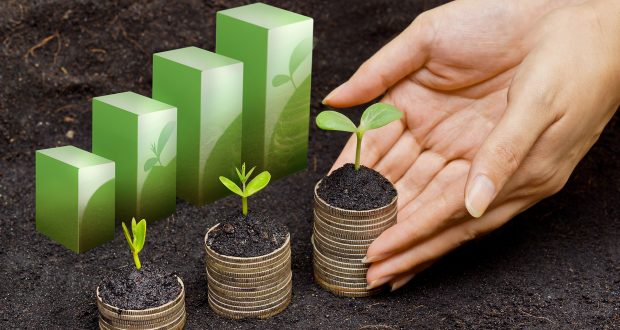 Phenix: Jordan has ample opportunities to increase employment through the green economy

A report prepared by the Phenix Center in cooperation with the German Friedrich-Ebert Stiftung Foundation, titled “Green Economy: Great Opportunities for Promoting Development” revealed that Jordan has vast potential to enhance the growth of its economy and provide decent work opportunities by expanding reliance on green resources.

The report found that although Jordan was a pioneer in issuing legislation to transition to a green economy, it has lagged behind some neighbouring countries in the implementation of these legislations.

The report was published in conjunction with the World Climate Summit in Glasgow, Scotland, which aimed to ways to reduce emissions by 2030 and help to improve life on Earth, especially with the continued rise in global temperature due to fossil fuel emissions.

The report indicated that Jordan does not allocate special expenditures for climate and green economy projects in annual public spending budgets. Jordan’s climate spending relies exclusively on external grants, which means that green economy projects have not received real attention from successive governments and lack sustainability. This is despite  International Labor Organization’s estimate that a transition to a green economy would provide 24 million work opportunities by 2030.

Green projects that rely on alternative and recycled sources result in a significant reduction in various expenditures such as energy, water and waste recycling. Although these projects may require high expenditures at the initial stages, these expenditures later significantly reduce periodic operating expenses, which in turn reduces various production costs.

The water sector is considered one of the most significant sectors that are capable of creating sustainable jobs and job opportunities, through wastewater purification projects, red seawater desalination and groundwater treatment. This is especially true when utilizing renewable energy technology (such as wind and solar energy) in order to ensure that projects are implemented at a lower cost, remain economically feasible and profitable.

At a time when the water sector consumes about 15% of the total electric energy in Jordan, reducing the cost of operating the sector by using alternative energy sources would achieve economic growth estimated at more than 250 million USD by 2025, which will reflect positively on creating green job opportunities in the water sector.

Studies have indicated that investing in renewable energy provides two to five times more job opportunities than in the fields of fossil fuels or conventional energy sources, especially for graduates within the field of mechatronics engineering, renewable energy and other directly or indirectly related disciplines Green projects can provide an indirect benefit by creating approximately 8,000 jobs for engineers for a period of five years, and 10,000 other jobs providing technical assistance.

Additionally, the recently-emerging hydroponics sector, which has constituted an important turning point in achieving water and food security in Jordan, can provide essential support to local economies, especially in light of the challenges of climate change and the scarcity of natural resources.

Hydroponics is is a type of horticulture that can be characterized by efficient water conservation in irrigation. This is due to the low loss of steam or drainage in the soil from the recycling of water use, maximizing its efficiency. Hydroponics is estimated to save between 70-90% of the water used compared to conventional methods of horticulture.

According to Phenix Center’s report, hydroponics’ water conservation has not yet made it a popular form of horticulture in Jordan,  due to the high operational costs involved and the absence of encouraging governmental programs. The Jordanian government must play a role in training farmers working in the sector and unemployed youth studying relevant disciplines (such as agricultural engineering, water and environmental sciences) on new agricultural techniques.

The waste management sector also contains much potential for growth. Jordan disposes the equivalent of 2.7 million tons of municipal solid waste, 2,745 tons of medical waste, and 45,000 tons of hazardous industrial waste distributed over 20 landfills in the Kingdom. The landfill waste management method provides only 6 job opportunities per one thousand tons of waste, whilst recycling creates 36 more opportunities for the same quantity.

Moreover, global estimates predict that 100,000 jobs will be directly from waste recycling, while achieving a financial surplus estimated at one trillion USD by 2025, considering that Jordan currently recycles only 10% of its waste.

The report also recommended incentivizing investment in the renewable energy sector and attracting entrepreneurs to work in environmental projects through the Renewable Energy Fund and Energy Conservation.

2021-11-02
Salah
Previous: Overview of the ILO report on the recovery of labor markets after the Coronavirus pandemic
Next: Women’s Safety in Working environment 2021