Jordan Labor Watch, an affiliate of the Phenix Center for Economic and Informatics Studies, welcomed the Ministry of Health’s decision, issued on Thursday, to raise the stipends of resident doctors  in government hospitals and considered it a “step in the right direction.”

In a statement issued on Thursday, Labor Watch called on the government to expand the new resolution to private sector hospitals, royal medical services, and university hospitals.

The Ministry was urged to set maximum working hours for resident doctors, in accordance with the Jordanian Labor Law, and to include them in all social and healthcare insurance.

The Minister of Health, Dr. Firas Al-Hawari, decided to raise the value of the monthly stipend  of (non-staff) doctors enrolled in the residency program in Ministry of Health hospitals  as of the beginning of September, so that the stipend will be 758 JOD for doctors, and 714 JOD for dentists.
The decision stipulated that the number of hours spent in the program should not be less than 45 hours per week.
The Ministry explained that the decision took into account the circumstances of the doctors enrolled in the residency program, whose monthly stipends were no more than 220 JOD.
The Ministry noted that the increase in stipends would enable them to devote themselves to fulfilling the requirements of the residency program, raising their abilities and improving the level of service provided to patients.

Jordan Labor Watch has carried out a campaign in cooperation with the “Hajartoona” National Campaign for the Rights of Resident Doctors (Doctors Not Slaves) , that has showcased in recent weeks the poor working conditions for doctors and low wages that have amounted to “forced labor”.

The decision came days after the Parliamentary Health Committee held a meeting with the Minister of Health and the President of the Private Hospitals Association, in which the issues of the resident doctors were presented,  denouncing that resident doctors working free of charge in the private sector, and emphasized the need to improve working conditions.

During the campaign, Jordan Labor Watch issued an extensive report outlining the working conditions of the resident doctors and comparing them to their counterparts in a number of Arab and foreign countries.

2021-08-02
Salah
Previous: Jordan Labor Watch: Violations against resident doctors amount to “forced labor”
Next: Impacts of the Coronavirus pandemic on Youth in the Labor Market 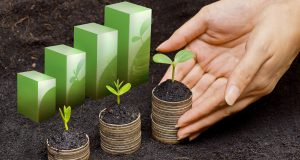 Phenix: Jordan has ample opportunities to increase employment through the green economy