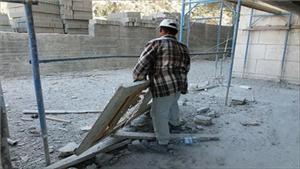 Unemployed Jordanians are facing fierce competition from Syrians while pursuing job vacancies, according to a study released on Saturday.

Issued by the Phenix Center for Economic and Informatics Studies and compiled in cooperation with the German Friedrich-Ebert Stiftung office in Amman, the study highlighted the main challenges created by the influx of thousands of Syrian refugees jobs seekers to the local labor market.

The study cited low salaries and a lack of government control on the labor market as some of these challenges.

“There is no accurate figure on how many Syrian refugees are working in the country, but unofficial estimates put the number at around 160,000,” Ahmad Awad, director of the Phenix center, said at a press conference to present the findings.

“This is a worrying figure and indicates the failure of the authorities’ efforts to curb the impact of Syrian refugees on the local labor sector,” Awad noted.

“The influx of Syrian refugees… is undermining Jordanians’ chances of finding jobs, especially in unorganized sectors such as restaurants, gas stations, and — to some extent — the construction sector, where most employees work by the day and not by a monthly contract,” Awad said, adding that 44 percent of the Jordanian workforce is employed in unorganized sectors.

According to official figures, more than 1.3 million Syrian currently reside in the country, of whom nearly 580,000 are refugees. This, according to the report, made the national economy grow by 1 percent during the first eight months of this year compared to the same period last year, which thus increased the consumption rate.

The lack of assistance provided to Syrian refugees made them look for jobs to support their families, Awad said, urging the international community to shoulder its responsibilities in helping the Kingdom meet the increasing demands of the refugees.

He noted that the refugees had a negative impact on salaries, as they accept remuneration below the minimum wage stipulated in the Labour Law. In addition, employers prefer Syrian workers over Jordanians because they do not have to pay for their social security subscription or health insurance coverage.

“This made local workers dispensable, as employers have Syrians to replace them,” Awad said, calling on the Labour Ministry to implement the relevant regulations while taking into account the humanitarian aspect of the refugee crisis.

2013-10-07
Admin
Previous: Impact of the Arab Spring on Arab transport unions 2013
Next: Publishing a position paper on: “Political reform in the national electoral list’s’ platforms”